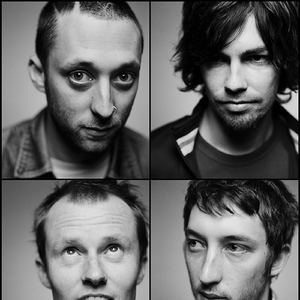 Goodshirt is an innovative New Zealand pop/rock band from Grey Lynn, Auckland. Its members were Gareth Thomas, brothers Rodney and Murray Fisher and drummer Mike Beehre. Goodshirt first came to prominence in 2000 with the independent release "Green". After a string of further singles, the band's debut album Good was released in August 2001. Early Goodshirt tracks were self-produced, often using secondhand and homemade instruments and most frequently recorded in Murray's garden shed. A few more singles were released off the album (through their own label 'Cement' - linked to EMI New Zealand). One of these, "Sophie", reached No.1 on the NZ singles chart in 2002 . Following this success the album was released in Australia, Canada and Japan. A second album, Fiji Baby, was released at the beginning of 2004. Its notable singles include "Fiji Baby", "Buck It Up" and "Lucy". They disbanded in 2004. Rodney Fisher has since played with Breaks Co-Op and two other members are now in Auckland band Voom. Goodshirt have been on hiatus since 2005, but are now actively working on new material for release in early 2012, kicking things off with a gig on 22nd of Dec 2011 at the legendary Kings Arms in Auckland, and also supporting Hall and Oates and Icehouse in January 2012. Read more on Last.fm. User-contributed text is available under the Creative Commons By-SA License; additional terms may apply.