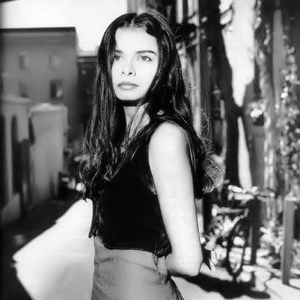 Hope Sandoval (born 1966) is an American singer-songwriter who was lead singer for Mazzy Star and later Hope Sandoval & the Warm Inventions. Early life and career Sandoval is from a large Mexican-American family in East Los Angeles, California. Sandoval started her career in 1986 with her friend Sylvia Gomez in a folk music duo called Going Home. Opal and Mazzy Star Hope started to sing and perform with the band Opal in the late 1980s alongside David Roback. The two began writing together and renamed the band Mazzy Star. The first Mazzy Star album, She Hangs Brightly was released in 1991. While not a commercial success, this album did establish Hope and David as a unique band with a sound that has been often imitated. They had what many consider a surprise breakthrough hit single in early 1992. "Fade Into You" — from their second album So Tonight That I Might See — was recorded one year before it became a success (with heavy video rotation on MTV). The tracks on the third Mazzy Star album, Among my Swan continue the sound and feel established on the first two albums. Post-Mazzy Star After 1996, Hope began a career of working with other bands. She collaborated with a series of artists, including the Jesus & Mary Chain, Chemical Brothers, Death In Vegas, Bert Jansch, and Vetiver. Hope Sandoval & The Warm Inventions Hope formed The Warm Inventions and released their first (and thus far only album) called "Bavarian Fruit Bread", in 2001. This album sounds, again, little different in terms of theme, voice, and instrumentation than that of her work with Mazzy Star. However, with a larger band behind her, and more time to work creatively, Hope's voice has matured on these songs. Subsequently, The Warm Inventions released three EPs but received very little commercial success, no video on MTV, and very little radio play. Nonetheless, this band's efforts were appreciated by her fan base. Read more on Last.fm. User-contributed text is available under the Creative Commons By-SA License; additional terms may apply.