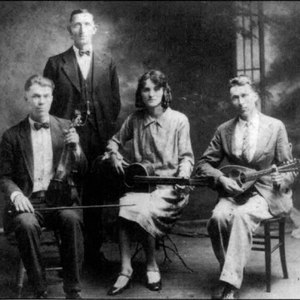 Hoyt Ming (October 6, 1902 – April 28, 1985) was an American old-time fiddler. Hoyt Ming was born in Choctaw County, Mississippi. He played fiddle with the Pep Steppers, a family old-time band from Tupelo, sometimes billed as "Floyd Ming and the Pep Steppers", instead of using his real name "Hoyt". For most of his life he was a potato farmer. He played at local dances and fairs until about 1957, when he stopped playing. Interest in the band revived in the 1970s, and they played at the National Folk Festival in 1973 and at the 1974 Smithsonian Festival of American Folklife. They also appeared in a film, Ode to Billy Joe. The song "Indian War Hoop" is, among others, on Harry Smith's 1952 folksong collection "Anthology of American Folk Music". Read more on Last.fm. User-contributed text is available under the Creative Commons By-SA License; additional terms may apply.