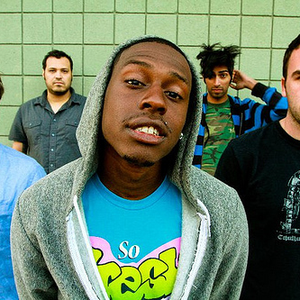 Hyro da Hero doesn't have to front. The Houston-born, Los Angeles-based rapper has a vision for music. It doesn't include flavor-of-the-week ringtones and absurd novelty dances. It has nothing to do with pre-packaged Hollywood pretense or fluffed and folded egos. Much to the contrary, Hyro's vision involves real rhymes about real life, music with a message, buoyant, bombastic beats and daggers shot right between the eyes of every fake MC on the scene. Hyro isn't afraid to tell it like it is. He'll call your favorite rapper out in one track, and then he'll shine some light on a major social problem in another. However, he's also apt to get the club bouncing with a grit and gusto that's classy and chock full of swagger. Hyro touched down in Los Angeles in November 2007, and he's been silently plotting his hip hop infiltration. It started when he released his first mixtape on Christmas Eve 2007, entitled Gangsta Rock, exclusively as a free download via iLike.com. The album went on to be downloaded in excess of 150,000 times by fans worldwide. One cut, "Noose Around Hip Hop" called out the so-called "Rap royalty" for overlooking social tragedies. The track illustrated a socially conscious side of Hyro's that has only become more prominent in his new material. However, he can still spit a hilarious and incisive line without breaking a sweat, like on "B Boy Stance." Supporting Gangsta Rock, Hyro proceeded to tour the U.S. and Canada with West Coast rap legends Tha Alkaholiks. Hyro was direct support to Ill Niño in Brazil and Argentina. He's played shows alongside 50 Cent, Deftones, Staind, Lo Pro, Chevelle, Halestorm, The Used, Hatebreed, Suicide Silence, Taking Back Sunday, Bone Thugs & Harmony, Tha Alkaholiks, DJ Quik and many others. "The live show is more important than anything," Hyro exclaims. "For me, getting in front of a crowd and communicating with the fans is what I was born to do. If you can't connect with your fans, you've got nothing. There's never a show where I don't give 200 percent." The fans have responded, and Hyro's become a veritable presence on MySpace.com, Orkut.com and Facebook.com. His music's been prominently distributed on mixtape hub Datpiff.com, in addition to being traded by fans all over torrent and warez sites. The critics have also spoken. Alternative Press named Hyro Da Hero One of the 100 Bands You Need to Know in 2009. Tastemaker blog My Old Kentucky has lauded him on a few occasions, and he's been featured on music destinations ranging from ARTISTdirect.com to Absolutepunk.net and Blabbermouth.net. However, the music has only gotten fiercer. In August 2008, Hyro dropped his second album, once again exclusively via iLike.com, entitled Rock N Roll Gangsta. Downloads have already exceeded 120,000 and counting. The album was solemnly dedicated to the memory of Ryan Patrick Halligan, a young boy who succumbed to the pressures of online bullying and tragically committed suicide. Hyro's poignant and powerful "Children" serves as a fitting eulogy, and it's been appropriated by Ryan's parents on their web site. In addition, Rock N Roll Gangsta brandished the explosive "Glimpse Into New America" and "Get Up Get Down." Rock N Roll Gangsta was just the beginning," says Hyro. "The shit that I'm writing with my band is on another level. It's hip hop like you've never heard. Think of it like Ian MacKaye meeting Tupac at the end of the world—we're on some revolution shit." Right now, Hyro’s finishing up his latest CD, Belo Horizonte, which will be released exclusively via HyroDaHero.com in Autumn 2009. Hyro introduces us to “Dirty South Rock,” the lead single on Belo Horizonte which was produced by Fred Archambault (Avenged Sevenfold). “That song is the perfect blend of rap and rock and what I am trying to do with my music,” says Hyro. “The hood loves it and rockers love it.” With a smile he laughs, "Be ready, because it's only the beginning." Hyro's about to wake the whole fucking game up, are you prepared? – Rick Florino Read more on Last.fm. User-contributed text is available under the Creative Commons By-SA License; additional terms may apply.