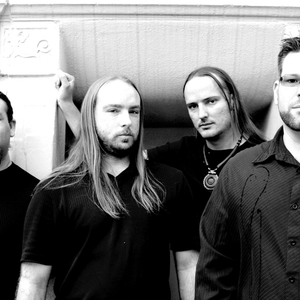 Hometown: Sacramento, CA Genres: Rock / Atmospheric, Progressive / Metal Label: Independent Members: Josh Burke, Nathan Higgins, Niko Panagopoulos, Dennis Davis Sacramento based progressive/atmospheric metal band In the Silence is on the upswing ever since the online release of their debut album "A Fair Dream Gone Mad" on June 4th, 2012. The album spent 2 days in the top 100 MP3 albums for hard rock/metal (reaching #77) on amazon.com/mp3, and since the release, reviewers on Amazon and itunes have called it: "simply a masterpiece...without a doubt the best debut album of the year, for many years prior, and probably for many years to come" (Marc Nocerino, writer) "The BEST DEBUT album of the year. For people who love Katatonia, Opeth, Porcupine Tree or A Perfect Circle. Rarely does an album come along where every track is fantastic; it happens here!" (frikishop, blogger from Spain) "The best of atmospheric metal out there, and certainly the best music that has come out, from any US based metal band, in a long time." (Jarek Tatarek, Astheroth, Arcane Dimension) In the Silence are Josh Burke, (vocals and guitar, lead song-writer), Nate Higgins (guitar), Dennis Davis (bass) and Niko Panagopoulos (drums). Active since 2009 in Sacramento, they’ve spent the last several years refining their sound, and playing local clubs. To describe their sound, it might be best to return to the words of Marc Nocerino, a writer based in Nevada City and fan of the band (from his review on itunes and amazon.com): “The music is atmospheric and intelligently written; blending hard rock hooks, extremely heavy riffs, and progressive elements with a somber sentimentality. It truly shatters genre barriers to deliver an album that is simultaneously heavy, heady, and hauntingly beautiful. The lyrics are thought provoking, ranging from the deeply personal to the overtly political. Guitarist/Vocalist Josh Burke really opens himself up, and you can hear it as much by what he sings about as you can by his heart-felt vocal style. Although some of the riffs could be at home on a Death Metal album, Josh keeps his vocals clean and emotive throughout. All of the songs are very well written, and each member of In The Silence exhibits extraordinary musicality on this album. Josh and fellow guitarist Nate Higgins lay down some phenomenal lead guitar work, with styles ranging from bluesy jazz-fusion to neo-classical shred. Dennis Davis shows an intimate understanding of his instrument. His bass playing reminds me of a thoroughbred horse: restrained and tasteful on the surface, but bristling with muscular power when it needs it. This acts as the perfect bridge between the dynamic guitars and Nik Panagopoulos' powerful and precise drumming. If you love music, regardless of the genre, and appreciate intricate songwriting and exceptionally skilled instrumentation, get this album. If you're anything like me, you will find yourself listening to this album back-to-back, multiple times, daily.” A Fair Dream Gone Mad was recorded at FatCat recording studios between June 2011 and May 2012, and engineered and produced by Jack (Jay) Trammell, who has produced a number of great Sacramento bands including Broken Iris and Early States, but is perhaps better known for his work in film, having composed music for blockbuster movie trailers such as In Time, Mission Impossible: Ghost Protocol, Act of Valor, and Total Recall (www.jacktrammellmusic.com) Please like us at www.facebook.com/inthesilence Read more on Last.fm. User-contributed text is available under the Creative Commons By-SA License; additional terms may apply.