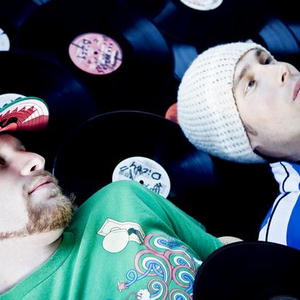 Download "It's The Chemicals" feat. Scarub for free at http://www.inspiredflightmusic.com After three long and arduous years, Inspired Flight has released We All Want to Fly, their first full-length album, which features performances by Inspectah Deck from the Wu-Tang Clan, Rugged Monk from the West Coast Wu-Tang affiliate group, Black Knights, and rappers Eligh and Scarub from the widely-respected hip-hop group, Living Legends. I.F. member OpenOptics, who practices therapeutic Chinese medicine by day and songwriting and producing by night, describes the album as timeless and universal. We All Want to Fly, which includes eleven I.F. tracks and a bonus remix track, steps out from the conventional box, marrying analog instrumentation with digital soundscapes and melodic vocals. With eclectic influences like The Beatles, Radiohead, Gorillaz, Pink Floyd, Miles Davis, and Gang Starr, I.F. brings a unique blend of genres echoing those artists to create their own original sound, drawing elements from hip-hop, indie rock, electronic and dub providing a sublime, down-tempo listening experience. The San Diego based duo, consisting of songwriter and vocalist/guitarist Gabe Lehner, also known as Chavez, and vinyl-spinning/multi-instrumentalist Eric Poline, known as OpenOptics, teamed up after their collaboration on Chavez’ past electronic project, Mechanical Cats. Chavez was first inspired to learn to play the guitar at the age of fifteen after seeing his father "shred" on stage with a classic rock band, and became deeply involved with studying guitar and music theory, and with writing songs. OpenOptics spent several years taking formal music lessons, but bought his first pair of turntables in eighth grade and became deeply involved with the art of mixing, turntablism, and making beats. The duo’s long anticipated first album is a dream come true. While recording the album they reached out and contacted MC and producer Eligh from Living Legends, asking if he would rap on one of their tracks. Eligh checked out their website, liked what he heard, and agreed to be on their album. His involvement with I.F. led not only to his appearance on two of their tracks, "Pull, Push, Let Go" and "An Ocean of Great Whites," but also to Chavez contributing vocals, and OpenOptics adding some production touches, on two tracks of Eligh’s forthcoming solo album slated for release this fall of 2010. Connecting with Eligh gave I.F. the confidence to try and fill all of the album's MC slots with known rappers, ultimately leading to the collaborations with Scarub, Rugged Monk, and Inspectah Deck. To learn more about Inspired Flight, visit their website www.inspiredflightmusic.com where you can also download free music, or connect at www.facebook.com/inspiredflight www.myspace.com/inspiredflight. Also, be on the lookout for their upcoming tour in August 2010. Read more on Last.fm. User-contributed text is available under the Creative Commons By-SA License; additional terms may apply.