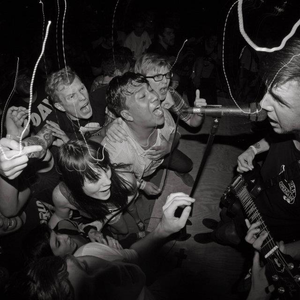 There are several artists using the name Ivy League. 1. Ivy Leage is a pop punk band from Midland, Texas who recently signed to 6131 Records. Released a self titled EP and currently have a 7" in the works. 2. Ivy League is a norwegian hip hop artist. 3. Ivy League is also a band, Alex and Ryland met in 1997 in High School. Both were avid guitar players and both played in local bands with varying degrees of accolade. Alex got Ryland a job waiting tables at "Mr. Deli's Jewish Delicatessan," in Boca Raton, Florida. A few years later, Alex went off to pursue a degree in the culinary arts while Ryland procured his BFA in Acting. The two lost touch for seven years. Ivy League formed in August of 2005 when Ryland discovered that his old friend Alex was not only still playing music but living just ten minutes away from him in Brooklyn, NY. The duo quickly began writing songs together. They hope you enjoy their music as much as they do. 4. Ivy League were a British male vocal group from the mid 60s who found chart success with "Funny How Love Can Be", "That's Why I'm Crying", "Willow Tree" and, their biggest hit, "Tossing And Turning". 5. Ivy League is also the home-recording project of James Sherley from New South Wales, Australia. 6. Ivy League is also a band located in Provo, Utah with more information at www.myspace.com/ivyleaguerock 7. Ivy League was also a punk rock band from the western suburbs of Chicago that existed from '89 - '91, releasing a 7" on Downers Grove-based Shakefork Records and a couple of songs on compilations. Read more on Last.fm. User-contributed text is available under the Creative Commons By-SA License; additional terms may apply.