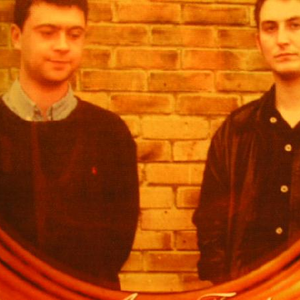 There are two artists named Jazz Juice. 1) Legendary atmospheric & jazzy drum n bass producers Alex Reece and Wax Doctor produced together using this alias. Together they released several tracks such as "Jazz Juice" and "Detroit" on the Precious Materials label in 1995. 2) The Jazz Juice story, much like the musical hotpot contained within, is one that has been brewing and boiling for many years. UK born DJ Graham B moved to Amsterdam in the late 1980's and has played an influencial role on the Dutch dance scene. As member of the legendary Soho Connection party organisation he was one of the pioneers of the early house movement and was later dubbed 'Godfather of Jazzdance' by the dutch press in recognition of his hugely successful Club 802 Jazzbops held at Amsterdams famous Paradiso. He has also collaborated with many talented musicians on various live music projects including the development and production of the New Cool Collective, the early stages of Project 2000 and recently with a new band called Electro Coco picking up a prestigious Edison Award for their CD Coco Do Mundo. JazzJuice is his latest collaboration with Electro Coco production partner Alain Eskinasi. Another veteran of the scene, Alain's experience in the music business is extensive, with 40 CD projects under his belt. He spent seven years in the States during the nineties working as a staff-producer for Virgin Records and collaborating with many musicians from bands such as Yes and Steely Dan. His work received 2 Grammy nominations and one Grammy Award on a production with ex Jefferson Airship guitarist Craig Chequico. Together they've taken a fresh look at mixing the art of DJ'ing with live musicianship and have come up with an exciting new style. The result is a superbly refreshing sound that connects old school with future jazz. During a live Jazz Juice session guest artists can compliment many of the strong clear themes and crucially with the removal of many of the original solos are given the space and freedom for much improvisation. This leads to a spontaneous fully integrated and exciting sound that adds a brand new dimension to a conventional DJ set, literally bringing the material to life on stage and never ceases to keep the dance floor kicking. Read more on Last.fm. User-contributed text is available under the Creative Commons By-SA License; additional terms may apply.