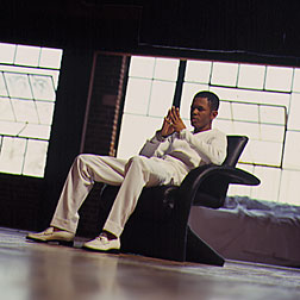 Jesse Powell, born in 1971, in Gary, Indiana is an African-American soul singer, known for his strong, gospel-drenched tenor, as well as his soaring falsetto. Discovered by Louil Silas Jr., he is best known for his hit "You." Jesse Powell (Fort Worth, Texas, February 27, 1924 - October 19, 1982) was an American jazz and rhythm and blues saxophonist. Powell studied music at Hampton University, where he became inspired by Count Basie’s Lester Young and Herschel Evans, and played his tenor saxophone with the bands of Oran ‘Hot Lips’ Page (1942-43), Louis Armstrong (1943-44), and Luis Russell (1944-45). In 1946 he accepted an offer from Count Basie to replace Illinois Jacquet in the reed section. After briefly leading his own band in 1948 and being featured at that year’s Paris Jazz Festival, he joined Dizzy Gillespie’s Orchestra (1949-50), but the R&B era found him with copious session work and, again, his own unit, which recorded for Federal (the infamous ‘Walkin’ Blues’ sung by Fluffy Hunter) and Jubilee. Jesse Powell was one of those innumerable Texas tenor players. Born in Fort Worth in 1924, he majored in music at Hampton University, graduating in 1942. He turned professional with the Hot Lips Page Band, staying for a year before joining Louis Armstrong in 1943 and then moving to the Luis Russell Orchestra a year later. In 1946 he replaced Illinois Jacquet in the Count Basie band. He then formed his own band and played on several blues sessions for Brownie McGhee and Champion Jack Dupree, but gave that up to spend a year in the Dizzy Gillespie Orchestra until 1950. His next recording date is well known to R&B fans as it was the November 1951 session for Federal backing Fluffy Hunter on the notorious “The Walking Blues” and “My Natch’l Man.” In October 1953 he had a second session for Federal, recording four good R&B numbers – “Love To Spare” / “Rear Bumper” (Federal 12159) and “Leaving Tonight” / “Hot Box” (Federal 12171). These four tracks were featured on the old Westside CD “Groove Station” which utilized the artwork from “Blow Man Blow” on its back cover. Jesse continued his R&B career through the 1950s with sessions for Josie and Jubilee, mainly as an arranger and session man on vocal group sessions, particularly with The Cadillacs. He released three solo singles on Josie – “Moonlight In Vermont” / “Riggin’” (Josie 782), “Can’t Help Myself, Parts 1 and 2” (Josie 799) and “Turnpike” / “Ain’t You Gonna” (Josie 834). The session at which Josie 782 was recorded also brought forth a couple of novelty numbers by Jesse – “The Head Hunters” and “Scotch On The Rocks”, the latter with bagpipe accompaniment. These two sides were released as by The Goofers on Port 7006. The Josie and Port tracks featured on the Sequel CDs “Jumping At Jubilee” and “Saxophony!” and also on the Westside CD “Titanic And 23 Other Unsinkable Sax Blasters.” After recording “Blow Man Blow” Jesse had two more LPs released in the early 1960s – “It’s Party Time” on Tru-Sound and “A Taste Of Honey” on Kapp. Jesse Powell died in New York in October 1982. Read more on Last.fm. User-contributed text is available under the Creative Commons By-SA License; additional terms may apply.