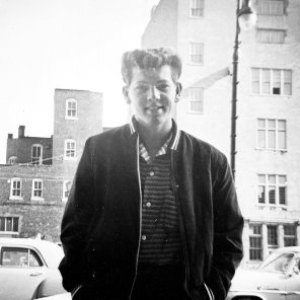 Jimmy Clanton was born 2 September 1940 in Baton Rouge, Louisiana, USA, and formed his first band in 1956 while in high school. One of the few white singers to come out of the New Orleans R&B/rock & roll sound (he was known as the "swamp pop R&B teenage idol"), he rode the crest of the popular teen music wave in the 1950s and '60s with such songs as 'Just a Dream' and 'Venus in Blue Jeans'. He even continued to release hits after he was drafted into the U.S. Army in 1961 and served for two years. Clanton became a disc jockey in the 1970s and performed in an oldies revue, The Masters of Rock 'n' Roll, with Troy Shondell, Ray Peterson, and Ronnie Dove. He is reputed to have had a religious conversion in the 1980s. In the 1995 Jazz Fest in New Orleans, Clanton performed with Ray Charles, Chuck Berry, and Frankie "Sea Cruise" Ford. Clanton starred in a rock 'n' roll movie produced by Alan Freed called "Go Johnny Go," and later starred in "Teenage Millionaire." Read more on Last.fm. User-contributed text is available under the Creative Commons By-SA License; additional terms may apply.