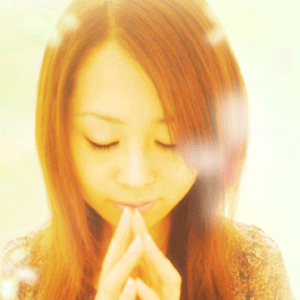 There are 12 artists named Jun: 1. USE THE CORRECT TAG Ｊｕｎ Japanese Visual Kei artist Ｊｕｎ also under the name ａｔｔｉｃ. He also used to be in several bands: Se'lavy, Mar'derayla, Phantasmagoria, spiv states and GOTCHAROCKA 2. jun (real name Junko Karashima / 辛島純子) is an in-house artist for Konami. Her songs have appeared in many Bemani games such as GuitarFreaks, beatmania IIDX, and Dance Dance Revolution. She is the vocalist of Konami's in-house band TЁЯRA. 3. jun is a progressive rock artist. 4. JUN ( Jun Yoshimura) he is the ex member of the Rock band (WINO) 5. Jun is the ex. singer of the J Rock band Camino and now singer of the band Keshiki. He has also contributed a song to the series Kamen Rider 555. 6. JUN ( Junichirou Yamashita) he is the ex member of the Rock band (asparagus,NICE MARBLES) 7. Jun is 太平洋ベルト’s Lead Dancer and Chorus 8. Dark Psychedelic Trance artist. Jun has been at the cutting edge of the scene for years, both as a resident DJ for Discovalley and Trishula Records, and also as a party organizer introducing such names as Metallaxis and The Many Faces to Japan. He traveled extensively in Europe and India, collaborating with local artists like Dejan, Kerosene Club, Savage Scream and many others along the way. His collaboration with Stranger made Goa Gil's Divine Dozen list. 9. Jun (also called Shu), real name Hisashi Takai, is a japanese guitarist and a former member of X JAPAN, Rommel, Gyorai, Sqwier, Emperor (Jpn) and Deep Throat (Jpn). He also released a solo demo in 1986, containing instrumental versions of early X JAPAN songs made by him and one new song. 10. Jun is a brazilian singer. 11. Ahn Jun-sung, better known by his stage name JunCurryAhn, is a Korean-American musician and Youtube personality. Classically trained in violin, and also highly skilled in dancing and singing, Jun is globally recognized for his covers of K-pop songs. In 2016, he joined fellow Youtube personalities Ryan Higa, David Choi, WongFu Productions' Philip Wang, and actor Justin Chon to form the parody idol group BgA. He then went on to release his own Korean singles in 2018. 12. Lee Jun-young, commonly known as Jun (준), is a South Korean singer, rapper, and actor. In June 2014, Jun debuted as a new member of U-KISS. In October 2017, Jun joined survival program The Unit, which he finished in first place and became a member of the project group UNB. Read more on Last.fm. User-contributed text is available under the Creative Commons By-SA License; additional terms may apply.