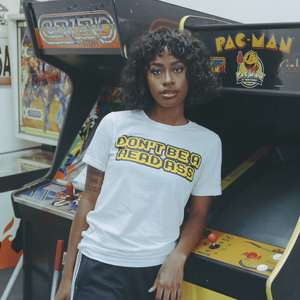 Kari Faux is an American rapper/singer based out of Little Rock, Arkansas; she is best known for her flamboyant dress, and conversational style of rap. Her songs are most commonly characterized as "internet rap;" with repetitive hooks, minimal production, and an emphasis on clever wordplay.[1] Being a product of the new age internet rap, her subject matter usually boasts her unique style and social status among social media that had made her popular. In 2014, Faux released her debut mixtape, Laugh Now, Die Later, which had been received somewhat well from critics, landing a spot on Pitchfork's "Most Overlooked Mixtapes of 2014. The EP would most notably gain the attention of rapper Donald Glover, also known as Childish Gambino. Glover remixed Faux's "No Small Talk," and featured it on his own mixtape, "STN MTN." Currently, Kari Faux is located in Los Angeles, California; having moved from Little Rock, in order to further develop her career and produce more music. Read more on Last.fm. User-contributed text is available under the Creative Commons By-SA License; additional terms may apply.