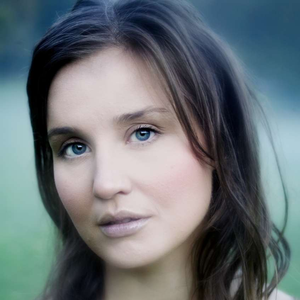 Karin Ström was born in Kristianstad, a small town in the south of Sweden. She always wanted to be a singer. At the age of 13 she started writing her first songs and dreamed about being the new Eva Dahlgren, a loved and respected Swedish singer/songwriter. But she kept it secret. 20 years old she moved to London, where she got signed to Canadian Record Label Nettwerk which led her to relocate to Los Angeles. Here, she released a self titled five track EP (US, Canada, UK and Sweden) with lyrics in English. Then she got dropped and returned to Sweden and settled in Stockholm. She wrote, produced and recorded the EP "Sneda Ögons EP" in the autumn of 2005, and released it on her own freshly started label Datadamen Records. Datadamen (originally Karin's DJ name) means Computer Lady, and this marked a change of Karin's sound from organic and guitarbased to electronic and computerized. She also switched languages and now sings in Swedish. The 24th of January 2007 Karin released her first full length album "En saga om en sten". In addition to writing and recording these songs, she has written two novels and hold a Neuroscience degree from University College London. She is also a freelance fashion, music and lifestyle journalist for several Swedish publications. Read more on Last.fm. User-contributed text is available under the Creative Commons By-SA License; additional terms may apply.