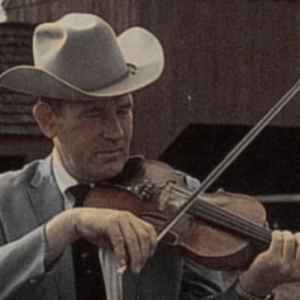 There are two artists named Kenny Baker. 1. Kenny Baker (born June 26, 1926 in Jenkins, KY) is an American fiddle player best known for having the longest tenure of any of Bill Monroe's Bluegrass Boys. Baker's jazz-inflected style has been a huge influence on subsequent bluegrass fiddlers. 2. Kenny Baker was born on 1 March 1921 in Withernsea,[1] East Riding of Yorkshire and died 7 December 1999. He was an accomplished jazz trumpet, cornet, flugelhorn player and composer. Baker joined a brass band and by the age of 17 and had already become a professional musician. After leaving his home town of Withernsea, in Yorkshire's East Riding, for London, he met and began performing with the already well-known jazz musician George Chisholm. While serving in the RAF during World War II, Baker was called up to do forces programmes. Baker was first heard on record in a British public jam session in 1941 and quickly established a strong reputation in London clubs. He was brass band trained and had faultless technical command. The young Baker was lead trumpeter with Ted Heath's post war orchestra with such tours de force as 'Bakerloo Non-Stop' recorded for the Decca record label in 1946 and still well remembered with a tenor saxophone solo from Johnny Gray, the piece becomes an exciting feature for both Baker and drummer Jack Parnell. In the 1950s Kenny led his own group called Baker's Dozen for which he played lead and solos and wrote the library. With this group he performed on the first regular jazz show on British radio, the BBC Light Programme series 'Let's Settle For Music'. By the 1950s he was regularly performing in studios but his numerous jazz recordings (with a quartet for Parlophone with groups of all kinds for Nixa and others) are considered world-class, a confident replay of Bunny Berigan without the errors and range to spare. So good was Baker that when the Musicians' Union were trying to justify their ban on American players working in Britain, they were able to ask, "While we have Kenny Baker who needs Louis?". (Quote from BBC News). In the 1960s and 1970s he was still on call for film and studio work. He often appeared on BBC radio's 'Sounds of Jazz' programme introduced by Peter Clayton in the 1970s with recordings made at the Maida Vale studios in London and broadcast late on Sunday evenings.[2] A famous appearance on soundtrack for Baker was a long hot trumpet solo mimed by Kay Kendall in the famous 1954 film called 'Genevieve'. He regularly emerged to play at jazz clubs often with co-trumpeter John McLevey. Baker's skills brought him wider prominence, starting in 1955 when he appeared at Blackpool with the up-and-coming comic pair of Morecambe and Wise. He also went on to share top billings with other big comedy variety acts of the day, such as Tommy Trinder, Benny Hill and Ken Dodd. Appearing on the BBC's Big Band Special in 1962, leading British jazzman John Dankworth said, "Everybody regarded him on a different level to any other trumpeter in the British Isles. He was a world class performer." (Quoted from BBC News) He formed the 'Best of British Jazz' which was a show with Don Lusher and Betty Smith. This group toured regularly in 1976 and after the death of Harry James in 1983, he was asked by the James Foundation to take over their orchestra. A small 'fighting cock' of a man (he once elbowed Benny Goodman out of the way for persistently mis-judging the tempo of a Baker feature on British concerts) he was a world-class lead trumpeter, solo performer and improviser. His career saw him play with the likes of Frank Sinatra, Sammy Davis Junior and Tony Bennett. He also performed on James Bond soundtracks and with The Beatles. In addition to this, he was also heard on hundreds of TV programmes including The Muppet Show, through his involvement with the Jack Parnell Orchestra, which played for the now-defunct ATV company. In the 1980s he provided the music for the Beiderbecke trilogy, starring James Bolam. His famous group, 'Baker's Dozen' reformed in 1993 for four sell-out nights at Ronnie Scott's in Birmingham. He was presented with the best trumpet player title for the third time at the BT British jazz awards in 1999. He was also awarded the MBE in the Queen's Birthday Honours in 1999. He died in a hospital close to his home at Felpham, West Sussex at the age of 78 after suffering from a viral infection for more than three weeks. He is survived by his third wife Sue and daughter Julie. People have said of Baker that 'He was to jazz what the Rolling Stones are to rock music'. (Quote from BBC News). Jim Simpson, head of Big Bear Music Agency, which handled Baker's career, said, "It's not just the passing of good man and a wonderful musician, it's the end of an era musically." (Quote obtained from BBC News 9 December 1999). Read more on Last.fm. User-contributed text is available under the Creative Commons By-SA License; additional terms may apply.