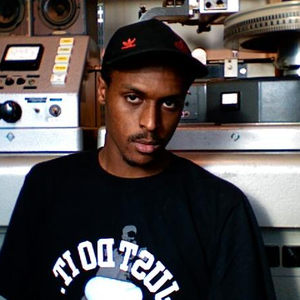 The most talented and creative producers can often be found lurking in the background – J Dilla, Tom Moulton, Rudy Van Gelder - and Leon Day aka L.D. is not one to buck the trend. Brought up on a diet of rootical reggae blasting through the bedroom floor on a Sunday morning in Peckham, south London, it is of little surprise that the reggae sampling, clashing breakbeats and hyper energy of Jungle, and more recently the half-step grooves of dubstep, would dictate his life’s path. The 24 year-old first heard the sounds that would change everything at the age of nine. Exposed to the sounds of Jungle through various tape packs brought back from raves by his cousin, it was only a matter of time before he was introduced to turntables and mixing records. It was this that inspired him to go to college and take up music technology, yet it was a painting and decorating job that actually got him his first break, leading him through the door of Transition Studios in 2003. “I knew a guy who worked at Transition called Paleface and he got me to do Jason (the owner’s) decorating. That was my first kind of introduction and Jason was like “ah he’s into music and painting and decorating, ok fair enough.” That was back in 2003.” Watching and learning as a vast array of clients from Darren Jay to Jah Shaka and Natasha Bedingfield came through the doors, Leon learnt the art and science of sound mastering under owner Jason Goz careful mentorship, cutting his teeth on 10” dubplates for dubstep producers and DJ’s Distance, N-Type and Digital Mystikz, eventually graduating to12” dubs and mastering. From this vantage point, he could view the evolution of dubstep through regular exposure to the mutating sounds coming from the constant flow of artists coming to get their dubs cut. It was during one of these sessions that one of the scenes leading artists, Mala (DMZ), heard Leon’s first original production Clock Watching and instantly charted it. From here Jason resurrected his old Ringo record label and released it, with Skream’s mix of Assumptions on the flip. Once firmly on the dubstep map, things began to move. His next production, Swing Dat Skirt, created in January 2007 with it’s rifle fire rhythms, filtered key lines and funky bass drop, garnered strong support from DJ Chef and N-Type on Rinse FM, once again thrusting LD into the spot light. It takes a certain calibre of person to get their first dubstep DJ date at the biggest party of 2007. Going back to back with DJ Chef at DMZ 2nd Birthday in London was a baptism of fire, “I had to pull myself together and be like, ‘right this is my chance, I can’t miss it’”, he says. “I saw the line up and it made it worse”. Playing alongside Kode 9, Skream, Hatcha, Benga and Plastician, LD showed little fear, opening with one of the most insane mixes of the night, still talked about in dubstep chat rooms now - the intro of Benga and Walsh’s Panic Room was building to the drop and at that exact moment LD switches the mix into Flames by Benga as it reaches its first drop. The place erupted, and the rest is history. LD’s sound is his own. Drawing on his roots, you can hear the drum pan sounds of Jamaica resonating throughout, flashes of Soca drums, subtle tribal nuances, and the ghost of Jungle reverberating in the warm, pulsating sub bass. So what next for LD? Swing Dat Skirt is due out on Ringo in the new year, a remix for newcomers 2nd Drop Records is in the pipeline and more DJ dates when his productions begin to hit the shelves. It seems now is the time for LD to make the transition from behind the scenes and into the limelight. Writen by Mark Gurney Read more on Last.fm. User-contributed text is available under the Creative Commons By-SA License; additional terms may apply.