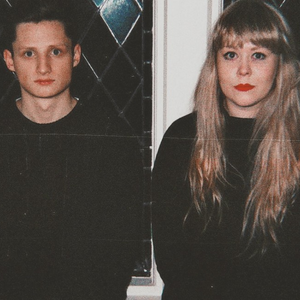 There are three bands named LITANY: Litany (UK) LITANY (Greece) LITANY (Australia) Litany (UK) are twenty-one year old duo Jake Nicolaides and Beth Cornell. Drawing from influences such as Blood Orange, Animal Collective and Jessie Ware, Litany merge soul and R&B with electronic sonics on their new release whilst remaining forward thinking and still totally British. With existing support for the band coming from a host of areas including Radio 1, BBC Introducing, XFM and 1Xtra, ‘Woman’ demonstrates the ever-evolving sound of one of the UK’s newest offerings. -- LITANY (Greece) were formed in a dead flowery night of April of 2000 by Panagiotis Drivas ( guitar ) and Nick Varsamis ( vocals ) in order to bring forth powerful and passionate music in the sign of Doom Metal. Almost a year and a half later, Alex Tsantilas ( guitar ) joined the band and soon after followed Chris Moustakakis ( drums ). Chris could not keep up the pace with the others so he left, but soon afterwards Jim Ikonomou replaced him in September of 2002. The band rehearsed for about 8 months without a bassist, but hopefully in October of 2002 George Koumparoulis ( bass ) came up to fill the line-up. So up to now the current line-up is: PANAGIOTIS DRIVAS: GUITAR ALEX TSANTILAS: GUITAR NICK VARSAMIS: VOCALS GEORGE KOUMPAROULIS: BASS JIM IKONOMOU: DRUMS The band has already share the stage with well-known National/Greek acts like SOLITUDE AETURNUS, BROCAS HELM, REVEREND BIZARRE, DOOMSWORD, BATTLE RAM, MARAUDER, RAGING STORM, CLAIRVOYANT, SORROWFUL WINDS, DREAM WEAVER, VICE HUMAN and others, where the band has shown its true potential. The music influence of the band derives from bands like SOLITUDE AETURNUS and CANDLEMASS mainly, but we also give credit to many bands of 80's and 90's. Our purpose is to breathe heavy-cum-doom music into life. We will keep pursuing this in a true and emotional way. The band's debut album 'Aphesis: The sapience of dying' was released by E.M.R. on May 16th. -- LITANY (Australia) - Realizing the need for a school where females could go to learn how to play an instrument, learn about booking, contracts, and how equipment works, Stephanie Bourke (drums, vocals) formed Rock 'N' Roll High School. From there she soon met up with Fran Evans (vocals, guitar, bass) and Melanie Schmidt (guitars, vocals) and Litany was formed. Eventually becoming a four piece, with the addition of Suzannah Pearce (bass, guitar, drums), Litany plays a mix of pop, punk, rock, and even a splash of hardcore. On their debut CD, they prove that it isn't a man's world, and women can rock just as hard as any male band can. Read more on Last.fm. User-contributed text is available under the Creative Commons By-SA License; additional terms may apply.