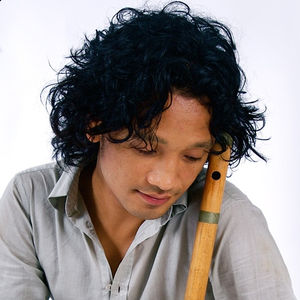 Manose Singh is a virtuoso Nepalese flautist born in Boudhanath, Nepal in 1979. He starting playing the flute at a very young age with Mandan Dev Bhatta as his teacher. Even during childhood, he used to mesmerize overhearers as he practiced on his own in the open air. He later received training in Indian classical music and Raaga. He is equally adept in western style music as well. He is a founding member of one of the most popular Nepali rock bands- 1974A.D. as well as the band Sukarma. He has also taught music at universities in Nepal and the US. Two of his popular music videos are "The Rising Spring" (duet, shot in Kathmandu, Nepal) and "The Mermaid Song" (solo, shot in California, USA). Manose has received numerous awards and has performed with many masters. Read more on Last.fm. User-contributed text is available under the Creative Commons By-SA License; additional terms may apply.