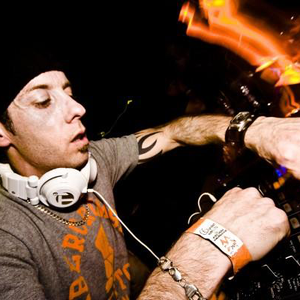 Hardcore/freeform DJ and producer from Scotland. .. .. NOTORIOUS BY NAME,…….. A NOTORIOUS LEGEND BY NATURE! Only a few other artists in the UK hardcore scene can boast the pedigree, experience and talents of the Scottish rave legend Marc Smith. Still blowing back the rave boundaries today, Marc’s journey through turntable culture can be tracked right back to 1985 when the ultra charismatic Glaswegian began chopping up early hip hop in his bedroom, before teaming up with local rappers, beat-boxers and break-dancers. It was two years later, however, in 1987 when a 17 year old Smith gained his first true rave culture experience, with his ultra quick wristed mixing and scratching deck talents securing him a long standing residency at one of Glasgow’s early acid house havens at The Warehouse. Offering invaluable early club experience, Marc’s intuitive talents didn’t go unnoticed with further long running residencies at ‘The Club Hacienda’, and ‘Euphoria @ Heaven’ following quickly behind. Spinning early dance classics like ‘Voodoo Ray’ and Joey Beltram’s ‘Energy Flash’, these nights and Marc’s djing skills were to become infamous in the formative Scottish clubbing culture, and made DJ Marc Smith a household rave name practically over night. With army’s of ravers following his every move, Marc soon earned a reputation as a truly versatile DJ who pushed the mixer, the turntables and his music to its absolute limits, merging the turntable intensity of his hip hop schooling with the electric energy of early rave culture. The early 90s rolled on by and rave's energy had built the scene into an explosive force with Marc Smith riding high at the forefront of the movement. Now known as a true innovator and pioneering DJ and producer, Marc was deservedly voted Scotland's No 1 dj by the readers of Clubscene magazine the Scottish clubbers' bible and went on to win that title for the next 6 years in a row, as well as numerous other accolades... like voted Best Scottish dj in the Irish Dance Music Awards, and also Best Scottish DJ by the listeners of the late, great Tom Wilson's show "Stepping Out" on Forth FM. Legendary massive parties like Holocaust, Technodrome, Amnesia, World Party, Awesome 101 and Earthquaker and the like's soon called upon Smith's dynamite deck talents as the seminal Scottish bouncy techno sound began to take shape around 1993. Between 1993 and 1995, Marc took on his prized residency at the massive Rezerection party where his sets there have went down in Scottish rave history. . . Often likened to the Scottish version of Slipmatt or Sy………………… Over the late 90s, Marc has continued to spread his banging party friendly DJ sound at raves across Scotland and all over the uk with a jam packed gig diary - regularly rockin parties like Hardcore Heaven and his long running Northern residency of Vibealite to mention just a few. Around this period, Smith continued to work closely with fellow Scottish rave legend Scott Brown and started the label Federation Records with him, and went on to also do remixes and productions on Brown’s legendary Evolution label whilst Ultra Sonic, TTF, Chemical Mass, El Bruto and Ultimate Buzz and many others all benefiting from Smith’s distinctive remixing magic touch. The next few years were spent preparing and perfecting the awaited relaunch of his Notorious Vinyl whilst headlining DJ sets continued to roll in at the likes of HTID, Uproar, Slammin Vinyl, Vibealite and the infamous Tidy Weekenders. During this time Smith’s international diary continued to read like a Heathrow Airport departure board with sets in Australia, Austria, Holland, Canada and New York to reel off just a few. Whilst so many others follow the obvious fads and fashions, Marc Smith continues to reel in an abundance of main room bookings and make a Notorious name for himself by stamping out his own and his label’s unique party friendly sound without surrendering to the more mainstream oriented side of the hardcore scene. Pure hardcore power with all the notorious Smith individuality. Fast paced and accompanied by the Scotsman’s party loving energy and infectious charisma, Smith’s own DJ sets with his flawless mixing and awesome deck abilities, coupled with his awesome stage presence continue to stand out as the most explosive, energetic, diverse and open-minded in today’s scene! As everything from partycore energy, uplifting synth riffs and even massive vocal numbers to brockin’ drum & bass tracks whip up the rave storm like only Marc Smith knows how!! Over twenty years at the top of his game and still as Notorious as ever, Marc Smith is………a true rave legend and entertainer like no other!! Read more on Last.fm. User-contributed text is available under the Creative Commons By-SA License; additional terms may apply.