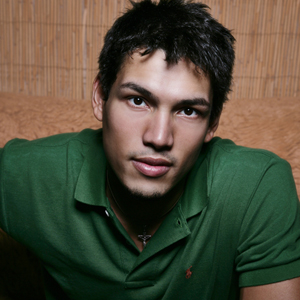 'Marcos Hernandez' was born in Phoenix, Arizona in 1982 and raised in Dallas, Texas. Hernandez was discovered by Vanilla Ice manager Tommy Quon. He is a Mexican American pop singer whose debut single, If You Were Mine, was released in August 2005. The single got a good amount of airplay on Pop and Rhythmic stations and slowly crept up to the Top 25 on Top 40 radio. The single also went to #1 in South Africa. The video for the single was shot in Echo Park, CA. His album C About Me was originally independently released on Ultrax Records, yet once If You Were Mine began taking off at radio, he signed a new deal with TVT Records with plans to retool the album. The album was eventually re-released on October 25, 2005 with a different album cover (a more photogenic, pop-looking shot), along with a couple of newly-recorded tracks ("Get Personal", "Lovely Girl", "Bitter Sweet", "The Way I Do" and "Call Me"). Since new tracks were added, a couple of songs on the original version of his debut album were omitted: ("Breaking All The Rules", "That Thing You Do", "So Sexy", "Come On Over Baby", "Summertime 4Play", "Matta No Mo" and "Mission For A Dream"). Following the success of If You Were Mine, TVT had planned to release "If I'd Known" (featuring NB Ridaz), which was sent to radio. However, the track failed to take off and The Way I Do became Marcos' official second single. Promotional CDs were sent out, and the song went for adds to radio. Once again, no success at radio (and no video was shot) but the album's promotion didn't stop there. However, the single was another #1 hit in South Africa. In June 2006 he travelled to South Africa and was interviewed on East Coast Radio and a third single, "Call Me" was released to radio in July 2006. Meanwhile, a video for "Bitter Sweet" was allegedly shot during his stay in South Africa. Hernandez released his new international album entitled "Endless Nights" on July 24, 2007 Read more on Last.fm. User-contributed text is available under the Creative Commons By-SA License; additional terms may apply.