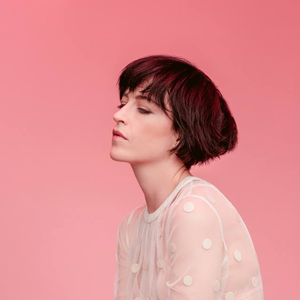 Megan Washington (aka Washington) is an Australian musician and songwriter. She sings and plays piano and guitar. She was born in Port Moresby, Papua New Guinea, where she lived until the family moved to Brisbane, where she spent her teenage years.[1] She is currently based in Melbourne, Australia.[1][2] She studied jazz composition at the Queensland Conservatorium of Music[2] and released Nightlight, an EP with jazz pianist Sean Foram in 2006. She moved away from jazz shortly thereafter and began performing in Old Man River, as the keyboardist and backing vocalist.[1] She has also been a keyboardist and backing vocalist for Ben Lee. In late 2008 she launched her current band, Washington, with Lance Ferguson (The Bamboos), John Castle, Des White, Ross Irwin and Ryan Monro (The Cat Empire, Jackson Jackson) on bass. The band released their debut EP, Clementine, in 2008. In November 2008 they were announced as Triple J's Unearthed winners and performed at the Melbourne Big Day Out.[3] This was followed by the release of a second EP, How To Tame Lions in September 2009. Following appearances on Spicks and Specks and RocKwiz, Washington attracted the attention of a wider audience. You might think that most people get their information from the charts or something like that but I had so much great feedback after being on those shows. —Megan Washington[1] In December 2009 she won the inaugural Vanda & Young Songwriting Competition for her song, "How to Tame Lions". The competition was conducted by APRA/AMCOS and was open to all songwiters across Australia, with all monies raised going to the Nordoff-Robbins Music Therapy program.[4] She then went on to perform a duet with Keith Urban at his Rod Laver Arena concert in Melbourne.[4] In early 2010 Washington's acoustic cover version of Ross Wilson's "Bed of Nails" was used as the main song of the ABC TV's program Bed of Roses starring Kerry Armstrong. Read more on Last.fm. User-contributed text is available under the Creative Commons By-SA License; additional terms may apply.