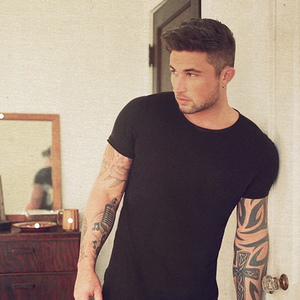 Michael Ray Roach (born April 29, 1988), Eustis, Florida EE. UU, better known as Michael Ray, is an American country music singer and composer. He signed a contract with Warner Music Nashville, for which he released his first single, "Kiss You in the Morning." The song has reached No. 1 in Country Airplay. Before the release of this single, Ray was led by John Rich of Big & Rich in the singing competition The Next: Fame Is at Your Doorstep, which he won. He and Rich co-wrote the Big & Rich single in 2015, "Run Away with You." In March of 2017, it was reported that Ray would put his acting skills to the test when he revealed that he got a guest role on the CMT show, Nashville. At dawn on December 20, 2017, Ray was arrested for driving under the influence and possession of drugs. These were his words after what happened. "I want to apologize to my fans, my family and the community in my hometown for putting me in this situation," Ray tells PEOPLE in a statement. "I am very sorry for the disappointment that these events have caused to everyone, I know it will take time, but I will do everything I can to rebuild your confidence." Read more on Last.fm. User-contributed text is available under the Creative Commons By-SA License; additional terms may apply.