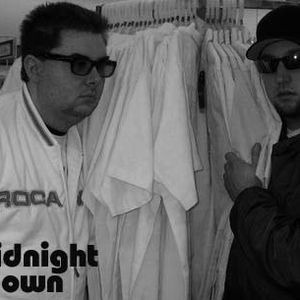 Midnight Brown is a band, formed in December of 2003 by Jeff Gerstmann and Chris Henderson in Cotati, CA. The duo's music can be difficult to describe, but the common theme is that it all has a decidedly electronic sound to it. In 2005, Midnight Brown recorded theme songs for GameSpot's popular video programs, Button Mashing and TimeTrotters. Instrumental versions of Midnight Brown's material can also be found on GameSpot's 2005 E3 DVD and documentary, Electric Showdown. "too hot" was used for introducing GameSpot's The HotSpot podcast. Since Jeff Gerstmann's departure from GameSpot, Midnight Brown's music is no longer used in GameSpot videos. However, Midnight Brown music can be heard in several videos on GiantBomb.com, Jeff's new website. Midnight Brown's third album, Dope/Revenge, was released in February 2006. The fourth album, Deadly Electric, was released on January 17, 2010. A B-sides/remix collection, called Midnight Brown Gaiden, is also underway. Read more on Last.fm. User-contributed text is available under the Creative Commons By-SA License; additional terms may apply.