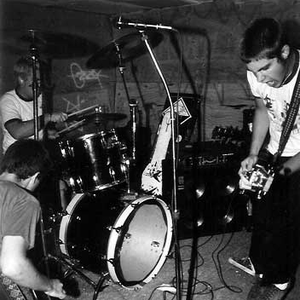 Mohinder GSL Records 1993. Cupertino, CA. Right in the heart of what was soon to become (for a time) the new economic heart of America, Silicon Valley, came a hair-raising, filling-rattling scream of rage. Hidden behind the pristine office parks and suburban strip malls, a seething force of paranoid aggression was brooding, and its name was Mohinder. For a little over a year, Mohinder captured the attention of the Bay Area's alienated hardcore underground, providing a Northern California counterpart to the burgeoning San Diego art-punk scene (Mohinder, like Heroin, Antioch Arrow, et al, was associated with the notorious Gravity Records) with their brief but absurdly powerful bursts of shambolic noise and instantly legendary live performances. By the end of 1994 Mohinder was only a memory, the brevity of the band's existence a testament to its unsustainably fierce, almost superhuman energy. Mohinder's four members went on to form a number of noteworthy new bands, including Jenny Piccolo, Calm, Makara, the Anasazi, Duster, Valium Aggelian, Haelah, Eiafuawn, El Buzzard, A-Set, Breasts and Big Thicket. GSL's Discography collects Mohinder's complete musical output -- the two EPs they put out on their own Unleaded imprint, their one Gravity EP, and live performances recordeed at the Gilman in Berkeley and on KZSU Stanford radio. Jesse Ashlock Read more on Last.fm. User-contributed text is available under the Creative Commons By-SA License; additional terms may apply.