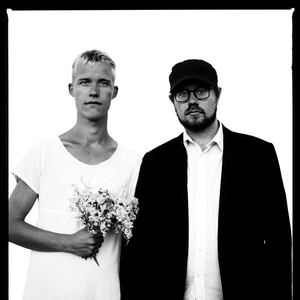 Several bands appear under the name Murder: 1) Murder are a d-beat/melodic crust band from Kiev, Ukraine. Formed in 2007 by the Shurik (guitar/vocal), Dasha (bass) and Dima (drums), band released the first CD "Back To Hell" in 2008, when change line-up Sjava (guitar/vocals), Dasha (bass) and Dima (drums). In 2012 Shurik back on guitar, and Dasha leave band, Sjava goes on bass/vocal, with this line-up Murder release second CD "Our Last Battlefield". In 2015 Sjava leave band, when Sasha(bass), and Artem (vocal) joine the band. http://www.facebook.com/mrdrua http://www.murderua.bandcamp.com http://www.vk.com/murderkiev http://soundcloud.com/punkmurderpunk 2) Jacob Bellens and Anders Mathiasen make up the Danish duo Murder. Piercing, profound melancholy vocals are repeatedly supported by alleviating lullaby riffs. Murder's debut album "One Year From Now It's My Birthday" came out in 2005, and followed up with "Stockholm Syndrome" which was released 2006 on GoodTapeRecords. In addition, lead singer Jacob Bellens has released a cd with the band I got You on Tape in 2006. http://www.myspace.com/murderdk 3) Murder are a grindcore/hardcore/death metal band formed in the Summer of 06'. Because they became tired of the scene in San Diego being dead. Trying to bring it back by playing actual music and something to give kids a reason to dance for. Lance, Matt Kirk, Chris Simmons, Big Chris, and Matt Butler, came together to create Murder. 4) Murder is a death metal band from Ecuador. In 2007 they released "Dying" album on El Sotano. 5) Murder is a black metal band from Serbia formed by members of The Stone and May Result. 6) Murder is an alias of Masaki Satsu. Read more on Last.fm. User-contributed text is available under the Creative Commons By-SA License; additional terms may apply.