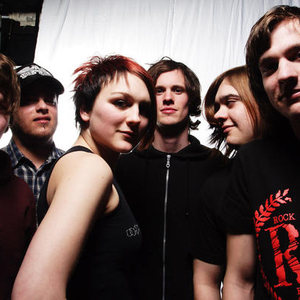 There is more than one artist with this name: 1) NoComply were a ska/punk rock sextet hailing from Plymouth, Devon in the south of England. They took their name from the popular skate trick. The band was active from 1998 until 23rd January 2006. In that time they released two albums on the label Deck Cheese, a DVD, and one self-released EP. 2) NoComply is a powerviolence/hardcore/grindcore band formed around 1996 in Florida out of members Justin Abare and Joe Shernoe of the band Ansojuan. The second line-up from 1997-1999 was Justin Abare, Joe Shernoe, and (Heavy Metal) Martin. The third line-up was in 2006 for 4 months with members Justin Abare and Kenny Arrington. The current line-up as of 2009 is Justin Abare, Ian Covelli, and Will Butler. 3) NoComply was an early 90's skate thrash band from California featuring members of Charles Bronson. 4) NoComply is a hard core punk band from Memphis Tn featuring members from Koma Toast ,Reuben James,PezzBio: We are Culture Victim, a RIVERCITY HARDCORE band. We used to be No Comply. Member Since: July 06, 2008 Members: Skins: TONY Guitar: CHRIS Vocals: MATT Guitar: BRENT Bass: CEY Influences: RCXHC! Sounds Like: NO COMPLY--Memphis Record Label: GONER have now changed their name to River City No Comply Read more on Last.fm. User-contributed text is available under the Creative Commons By-SA License; additional terms may apply.