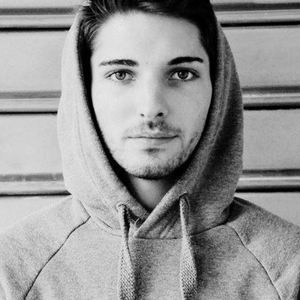 NUDE refers to 6 bands : 1/ a German electronic band 2/ an American Indie-pop trio 3/ a French Rock band 4/ a Slovenian rock band 5/ a danish band fronted by Kenneth Thordal 6/ a now-disbanded Japanese rock band 7/ a producer from Paris, France. 1/ Nude is an electronic act from Germany. The band consists of Marc Werner, Isabelle Gernand and Thorsten Stier. According to Werner, approximately 250 other artists have contributed through mixes. Nude's debut album "Fake Credibility" was released in summer 2006. The core members of NUDE consists of the creative heads - Isabelle Gernand (lead vocals), Georgie Weeratunga (electronics) and Marc Werner (electronics), all of whom are responsible for the programming, songwriting, vocals, dancing and promotional work behind the scenes. Band members who perform with NUDE on tour includes David “Tweeky” Ahlund (rap,vocals), Johannes Buchner (keyboards) and Florian Stossberg (drums, percussion). Originally formed in 2005/ 2007 and based in the heart of Frankfurt, Germany, NUDE’s musical roots is steeped in various genres including Breakbeat, BigBeat, ElectroPunk and Drum N Bass. In the tradition of Basement Jaxx, Chemical Brothers, Underworld, Faithless and the Prodigy, NUDE entertains their fans with addictive dance music, adrenalin beats, hooks and melodies. Fake Credibilty -2006 Black Box-2007 Basic Guerilla Moves (2010) NUDE MYSPACE : www.myspace.com/nuderiot NUDE FACEBOOK : www.facebook.com/nuderiot NUDE YOUTUBE : www.youtube.com/nudebox 2/ NUDE is a piercing power trio(Tony Karlsson, Bobby Amaro & Kevin Brown) who collided on the streets of Hollywood in the spring of 2004. Their sound is one of powerful indie-pop hooks, smooth harmonies, and memorable melodies, all of which are driven by propulsive human-grooved beats. http://myspace.com/nude 3/ Nude is an Indie-Rock band formed in in year 2000 in Paris, France. From pop to punk-noisy on progressive rythms. Released a maxi "Flexible". The album Love was released in 2008 and My Kingdom Is A Jail was released in 2011. http://wearnoclothes.com 4/ A rock band from Slovenia. Official page: www.nudeband.com Myspace: www.myspace.com/rocknude 5/ Nude is the name of Kenneth Thordals popband in the 90s. They released an album (Nudeism) in 1994. 6/ Nude was an indie Jrock band formed in 2000 under the label Crow Music, they released 2 demos, 3 singles and 2 albums. They had their last live in July 2004. Vocals: Maaya Guitar: Tatsuya Guitar: Bobby Bass: Teru Drums: Makoto 7/ Nude is a 22 years old producer from Paris. His musical training and passion come from Drums and percussion. Practicing those at the conservatory for 10 years, he then decided that producing his own sounds was where he would lead his musical career. This is another one of those guys who’s decided to put his life on hold, trying to live form his passion: music, production & experimentation. Read more on Last.fm. User-contributed text is available under the Creative Commons By-SA License; additional terms may apply.