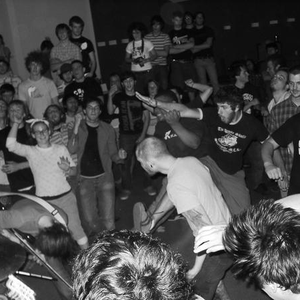 Fucking Mind-bending, brutal experimental grind band from Northampton PA. Their Discography is as follows: "That's How Tripods Work" Full Length, a self-titled 7", and a Split 7" w/ Get to the Chopper. Some of the Bands Formed After OS were "Poo On A Stick," "The Motel Bible," "Movieline Romantics," "Drug Rug," "Carpenter Ant," "The High Court," and "Fight For The Throne." They held a reunion show to honor the late Joe Beers on Sunday June 14, 2009. Fun was had. There was much rejoicing. Read more on Last.fm. User-contributed text is available under the Creative Commons By-SA License; additional terms may apply.