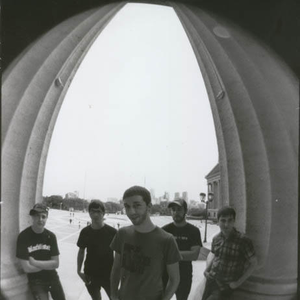 One Dead Three Wounded was formed in 1998 by founding members Sam Tropio, Matt McSorley, Mike and Tim Zahodski. While in highschool, the band developed their sound, sorting through influences until they recorded their first demo in 2000. Although it was quite rough around the edges, ODTW sold quite a few copies in the Philadelphia and surrounding area. Soon after the demo released, ODTW recruited Jay Wilmot on guitar. In 2002, One Dead Three Wounded ventured into the studio once again to record The Heroin Demo. It consisted of 3 songs that began to show signs of the sound that ODTW exhibits today. Following this release, the band underwent countless lineup changes, most notably founding member Matt McSorley left the band. At the end of 2002, ODTW hit the road in support of Kansas City's Saved by Grace and Philly's Dark Day Dawning. Unfortunately, following the tour, founding member Sam Tropio left the band. Easily one of the most trying times in the bands existence, the remaining members Jay, Mike, and Tim decided to keep the band going and recruited friends Jim Fox and Bob Katzianer. By March of 2003, One Dead Three Wounded began playing countless shows throughout the east coast and soon signed with LoveLost Records. In October of 2003 ODTW returned to the Skylight (A life once lost, this day forward, bury your dead) and recorded the critically acclaimed Paint the Town (LoveLost). Following the release of the album in January 2004, the band played a plethora of shows including a two month United States tour. Read more on Last.fm. User-contributed text is available under the Creative Commons By-SA License; additional terms may apply.