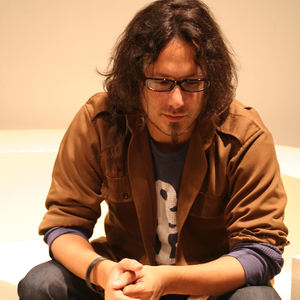 Sometimes you just need to step back and simplify. In a world where so much seems to be driven by flashiness and technology and where so many things can tend to feel out of your control, sometimes the solution is to go back to square-one, re-evaluate and reinvent. Being "media babies" themselves, Orba Squara did just that. Trading in walls of synthesizers for a collection of organic instruments, Orba Squara uses an ear pointed toward the uncommon and directs it at what would typically be considered a "traditional" genre. The result is a collection of songs that are undeniably catchy and universally accessible. The lyrics dive into a breadth of emotions that range from sweetly innocent to deeply introspective to directly examining human nature. But they always have a sense of hopefulness and hang on to a positive thread. Even the sad songs make you come away with a smile. Orba Squara takes on the difficult task of creating a collection of songs that sound timeless while at the same time are absolutely of today. "There was really no choice but to make this record. I felt like the best way to push my music further was to bring it back to its base elements. In some sense, it feels like actually becoming the music yourself. I sat down to make one song as a sort of creatively therapeutic exercise and an entire album came out." Each of these songs would feel equally at home on mainstream radio or included in an indie film soundtrack or as part of a homegrown mixtape for your love. http://www.orbasquara.com http://www.myspace.com/orbasquara Read more on Last.fm. User-contributed text is available under the Creative Commons By-SA License; additional terms may apply.