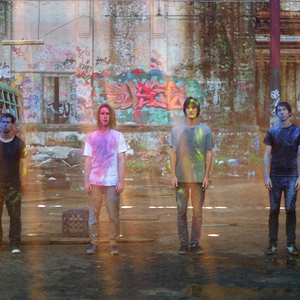 There is more than one artist with this name: 1) Parades was an Australian art rock/post-rock band from Sydney, New South Wales. The band's core consisted of vocalist/guitarists Daniel Cunningham and Tim Jenkins, bassist Michael Scarpin and drummer/vocalist Jonathan Boulet. In the studio, the band were occasionally joined by vocalist Bec Shave. Live, the band would often perform with vocalist/percussionist/keyboardist Alyx Dennison. They released one album, foreign tapes, in 2010. The band announced their split in 2012. 2) Parades are a rock band from Livonia, Michigan. Their debut album Holy Emotion, There Goes the Ocean is currently being mixed. Its members are Shawn Wilson, Brett Mercer, and Sam Sage. 3) Parades is an alternative band from The Hague. Read more on Last.fm. User-contributed text is available under the Creative Commons By-SA License; additional terms may apply.