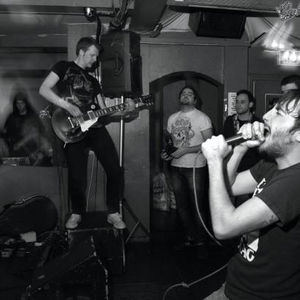 Based primarily in London, Pariso formed early in 2009 under the moniker of Betty Pariso. The first gig on 12th July 2009 at Catch 22 in London followed several months of writing material and searching for the right vocalist. The first release - a split 7" with the now defunct Manuscripts - was recorded that same month. Still going by the name Betty Pariso the band played a whole string of shows and it wasn't long before another recording session was under their belts - a split cassette with We'll Die Smiling. Drummer Tom decided in Easter 2010 that he was going to leave the band to concentrate on his now successful clothing line King Noir. Following Tom's departure and a couple of months off, the band halved their name and found Alastair whose drumming style solidified Pariso's sound. A few old un-recorded tracks and some new ones written with Alastair found their way onto the Sooner Insignificant Better 7" which was released in January 2011 and is the first under the new name - PARISO. 2011 was relentlessly creative for Pariso. Following the release of Sooner Insignificant Better, the band were back in the studio with long time friends Kerouac to record a split release on 5" vinyl/credit card CD in May. This was followed by a further release on 3 1/2" floppy disc in support of the band's slot on Incubate festival in September. Finally Pariso self released a square lathe cut 7" of covers in October. Amongst this swathe of recording and releasing records Pariso also managed to play several shows despite singer Mazz being in Australia for 10 months of the year and write a whole new album ready to hit the studio again in January 2012. Their debut full-length, Nothing Before Everything After was released on 21 May 2012. [url=[officialsite]http://www.pariso.co.uk]Official Site Bandcamp Tumblr Read more on Last.fm. User-contributed text is available under the Creative Commons By-SA License; additional terms may apply.