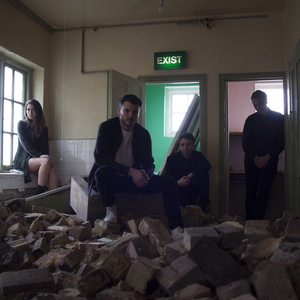 London-based group RITUAL write sparse, lovelorn R&B songs with subtle and hip-hop influences. They have helped write and produce songs by Aquilo, Dua Lipa, Frances, and others. They were formed by producers Adam Gross and Tommy Baxter, and soon joined by singer Gerard O'Connell. RITUAL debuted in 2014 with the self-released EP The Fall. After building up interest from blogs, the band signed to Island and released second EP From the City to the Wilderness in 2015. The remix EP From the Wilderness to the City, which emphasized the group's hip-hop influences, followed shortly after. In 2016, RITUAL released the "Cinnamon" single, which preceded their Every Night Another But Not You EP. Later in the year, they released "Bottle Tops", which featured guest vocalist Mononoke (Katie Taylor), who subsequently became the band's fourth member. Singles "Exit" and "Drown the Lovers" appeared in 2017. Read more on Last.fm. User-contributed text is available under the Creative Commons By-SA License; additional terms may apply.