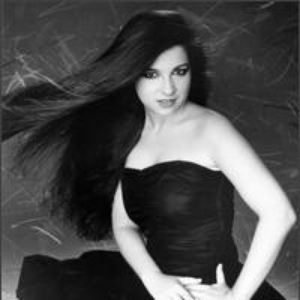 Rachel Sweet (born July 28, 1962 in Akron, Ohio) is an American singer and actress. She began recording country music in 1976, but with little success. Switching to rock and roll, she signed to the British Stiff Records label and released her first album, Fool Around, in 1978. Rachel was backed by The Records on the Stiff Records tour in 1978. The album was a critical success, but sales were poor, although she did have some success with the single "B-A-B-Y". She also generated some controversy for her Lolita-like image (predating similar controversies surrounding Britney Spears and others by many years). Her follow-up album, Protect the Innocent, was largely ignored by the public and the music media. She then signed to Columbia Records in 1981, releasing Then He Kissed Me, which launched the hit "Everlasting Love", a duet with Rex Smith. Sweet only released one more album, 1982's Blame it on Love before retiring. She returned to music sporadically as she focused on her education, recording the title track to John Waters' film Hairspray and many of the songs for his musical Cry Baby. She also recorded the theme song to the Nickelodeon series Clarissa Explains It All. In 1989 and 1990, she hosted a show on The Comedy Channel (forerunner of Comedy Central) called The Sweet Life, and in 1992 appeared in a minor role as George Costanza's cousin on an episode of Seinfeld, "The Contest." She has since focused on establishing an acting, writing, and producing career. In 1992 Rhino Records released Fool Around: The Best of Rachel Sweet. The CD compilation includes tracks from all the previous releases as well as the theme to Hairspray. Read more on Last.fm. User-contributed text is available under the Creative Commons By-SA License; additional terms may apply.