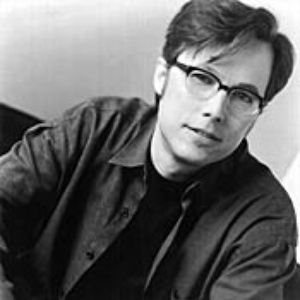 Radney Foster (born July 20, 1959, Del Rio, Texas) is an American singer-songwriter and music producer. Initially a songwriter in Nashville, Foster made his recording debut in 1986 as one half of the Foster & Lloyd duo, recording three studio albums and with nine singles on the US country charts. From 1992 to 2010, Foster pursued a successful solo career. In December 2010, he rejoined the Foster & Lloyd duo and they released the album "It's Already Tomorrow" in 2011. Foster began his solo career in 1992 when he signed to Arista Records, Although his first release for the label (1992's Del Rio, TX 1959) produced four consecutive Top 40 hits, Foster saw his commercial success waning with the release of his second and third albums (1995's Labor of Love and 1999's See What You Want to See, respectively), and by 1999 he had exited Arista's roster. He then signed to the independent Dualtone Records label, for which he has recorded three more albums to date: 2001's Are You Ready for the Big Show?, 2002's Another Way to Go and 2006's This World We Live In. During this time Foster's recording successes included the Top Ten US hits "Just Call Me Lonesome" (#10, 1992) and "Nobody Wins" (#2, 1993). In addition, he wrote singles for Sara Evans, Keith Urban and Jack Ingram. In September 2009 Foster released the album Revival under the band name "Radney Foster and the Confessions" and a feature length DVD documentary on the making of the album. The 90-minute film was co-produced by Foster and his wife. Keith Urban recorded Foster's song "I'm In" for his 2009 album Defying Gravity and it became a No. 2 single. In December 2010, Foster rejoined the Foster & Lloyd duo and they released the album "It's Already Tomorrow" in 2011. Read more on Last.fm. User-contributed text is available under the Creative Commons By-SA License; additional terms may apply.