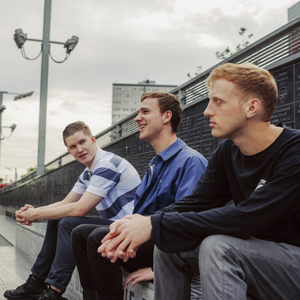 There are several artists named "Real Lies"; 1) "Real Lies" are a band from Holloway, North London, formed in 2012 and signed to Marathon Artists / Sweet Exile. The band consists of Kev Kharas, Tom Watson and Pat King. They released the tracks World Peace / Deeper in 2012 and 2013, North Circular / Dab Housing in 2014, and Seven Sisters in 2015. Their 11-track debut album, "Real Life", landed on October 16th of the same year, as they embarked on a 15 date UK tour including a Foals' November UK leg support slot. http://www.marathonartists.com/artists/real-lies/ 2) "Real Lies" is a rock band formed in Szeged in 2005. A mixture of grunge, psychedelic and stoner tunes, flavoured with melodic singing, all in hungarian. Their brand new LP "9" is out now! https://www.facebook.com/realliesband Read more on Last.fm. User-contributed text is available under the Creative Commons By-SA License; additional terms may apply.