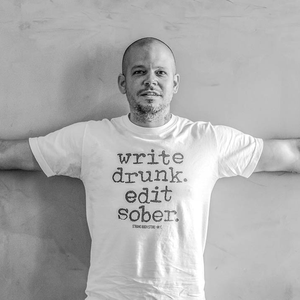 Residente (born René Pérez Joglar; February 23, 1978) is a Puerto Rican rapper, writer, producer and co-founder of the alternative rap group Calle 13. He has won 25 Grammy awards, the most Grammys ever awarded to a Latin artist. He studied fine art for 8 years, before launching an independent career as a lyricist, performer and director of many his own music videos. His lyrics have been lauded by critics and studied by academics at universities around the world. He is most recognised for his commitment to social justice, championing educational and native rights across Latin America. In November 2015, Residente received the Nobel Peace Summit Award for his commitment to social awareness and promoting peace. He has also served as the spokesperson for several UNICEF and Amnesty International campaigns. Despite his success, Residente has never shied away from speaking his mind. In 2009, his work was notably censored for 3 years after he called the governor of Puerto Rico a “SOB" for laying off more than 30,000 public employees. Read more on Last.fm. User-contributed text is available under the Creative Commons By-SA License; additional terms may apply.