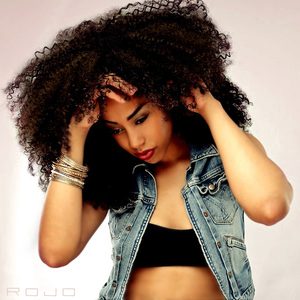 Born in the U.K, but raised on the Eastside of Toronto, singer/songwriter Rochelle Jordan is a pivotal figure in the future sound of R&B/POP. A glorious anomaly in an era of brooding, gritty R&B, producing brash and buoyant feminist anthems, Rochelle is known for her innovative yet throwback inspired, uncommon melody, lyrics, production and vocals. Rochelle built a cult following with past full length releases titled ROJO (2011), PRESSURE(2012) and 1021(2014). The results included critical acclaim from Billboard to Fader Magazine, countless blogs and award nominations including Sirius XM, MOBO, and BBC airplay. After relocating to Los Angeles, Rochelle wrote & performed on Childish Gambino’s Grammy Nominated “Because The Internet” with the single Telegraph Ave. Soon after, Rochelle charted number 1 on Billboard’s Next Big Sound in early 2014 with the single “Follow Me”. After teasing fans with a snippet of new music produced by Illangelo (Drake, The Weeknd,) Rochelle released the KLSH produced single “LOWKEY”. A multi-talent, she has also lended her voice to Adult Swim's "Black Dynamite" as Cindy in "How Honeybee Got Her Groove Back". Read more on Last.fm. User-contributed text is available under the Creative Commons By-SA License; additional terms may apply.