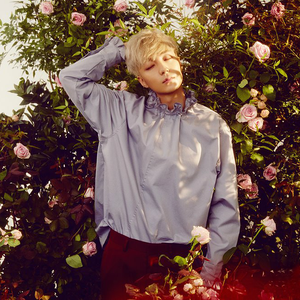 Kim Sang Woo (김상우), better known as Roy Kim (로이킴) is a male South Korean singer and the winner of SuperstarK4. After the final, Roy Kim has announced that he will be donating his prize money ($460,596) to charity. He already made his debut at ‘2012 MAMA‘ with a special stage, and his other prize is a support for the release of his new album, as well as a brand new car. He finally debuted on April 22, 2013 with the digital single "Bom Bom Bom / Spring Spring Spring". His single scored 28,720 points on Instiz Chart Rankings for 4th week of April, beating PSY & Cho Yongpil with 23,879 & 23,389 points. Also, Roy Kim will be performing as a special guest for Jason Mraz‘s upcoming concert in South Korea on May 17. After his win on Music Core with "Bom Bom Bom", Roy prepared the next release, with full-lenght album, "Love Love Love". It was released on June 25, 2013. Read more on Last.fm. User-contributed text is available under the Creative Commons By-SA License; additional terms may apply.