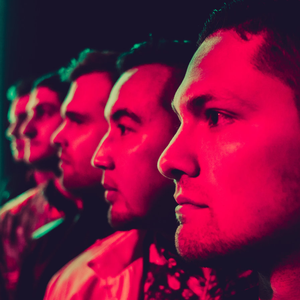 Speaking of loneliness and crawling from a deep dark pit, somewhat newcomers Satchmode share a cut from their forthcoming debut album, Love Hz. They’ve been on the scene for some time now, dropping singles around like free money and getting everyone excited, but their latest single “Happiness” is making a new list. On this new endeavor, Satchmode’s own Gabe Donnay says, “Music has always been my last refuge—it’s the thing that lets me process and deal with all my darkest thoughts and emotions. But of course sometimes I doubt the music itself, and when I do, it’s overwhelming—like I have nothing left to lean on. “Happiness” is a reflection on those feelings, and the structure of the song mirrors that downward spiral when your negative thoughts and self-doubt are spinning out of control.” Satchmode is a Los Angeles based dream pop band whose blend of glittery 80's synths and giddy electro pop has drawn comparisons to heavyweight acts like Phoenix and M83. Their first two EP's have received glowing praise from popular music publications such as Clash Magazine, Dancing Astronaut, and The Music Ninja. They have had five Top 10 tracks on Hype Machine, including a #1 Remix, and appear regularly on the taste-making playlists of renowned radio station KCRW. Their debut album Love Hz will be released February 7th, 2017. Read more on Last.fm. User-contributed text is available under the Creative Commons By-SA License; additional terms may apply.