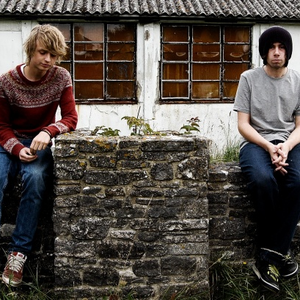 Saturday Sun are an English indie acoustic band from the Swanage, Dorset, UK, which formed in 2012. The band is composed of Alex Hedley (vocals and guitar), Billy Merrick (guitar), Tobias Fitton (bass) and Allan Varnfield (drums). The band released a 7-track EP, Seagull in April 2012 on the Lazy Butterfly Record, which had been recorded at Conversion Studios UK. The self-titled track Seagull received critical acclaim, with iTunes placing the EP on their homepage as a recommended record. The title track won a coveted "Q Track of the Day" and a place on the soundtrack of the movie "House at the End of the Street" (released Sept 2012) and the hit US teen mystery series "Twisted" (ABC TV) . In addition the band were promptly invited to record sessions for Daytrotter, Crypt and Watch, Listen, Tell - the latter receiving over 11,000 hits in 1 week. Their debut album, Orixé, was released in January 2014 and received widespread praise from the music press - "utterly perfect" (The Guardian), "Beautifully translucent" (Clash Magazine) and even received 4/5 stars from The Financial Times. The distinctive artwork to the album was hand-drawn by Adonna Khare. Read more on Last.fm. User-contributed text is available under the Creative Commons By-SA License; additional terms may apply.