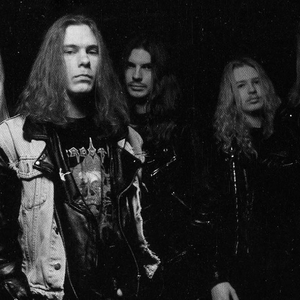 There are mutliple artists with this name: 1) Seance is a death metal band from Linköping, Sweden. The band was formed in March 1990 with the fusion of two local Linköping bands Orchriste and Total Death, both which were formed in early 1987. They split up after two albums ("Fornever Laid To Rest" and "Saltrubbed Eyes") in 1998. Several reviews hailed "Saltrubbed Eyes" as one of, if not the most brutal death metal albums to date. Most band members were also involved in the bands Satanic Slaughter and Witchery. Patrick Jensen later joined the band The Haunted. The band reunited in early 2008 and recorded a new album called "Awakening of the Gods", which was released by Pulverised Records on January 19th, 2009. Official MySpace Page 2) Seance was a power metal band from USA. 3) Seance is a Czech Radio 1 programme dedicated to ambient, drone and experimental music presented by DJ Josef Sedlon. The Prague radio station broadcasts it every late night from Sunday to Monday, which lasts approximately one hour. Josef Sedlon puts its tracklist on the Radio 1 website right after the end of every single track. The tracklists can be found here: Seance website The broadcast is also recorded by its fan, who tags all the artists simply as 'Seance', while the track titles respect their original names in most of the cases. The recordings can be downloaded from here: Seance on radar.lv Read more on Last.fm. User-contributed text is available under the Creative Commons By-SA License; additional terms may apply.