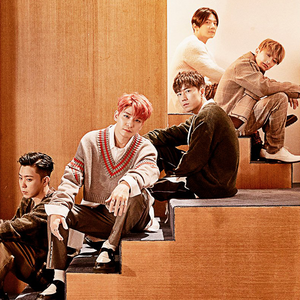 SechsKies or 6kies (젝스키스) is a late 90s Korean hip-hop boy group originally from Daesung Entertainment and onetime rival of H.O.T. In April 2016, they made their comeback through the Korean variety show Infinite Challenge. A guerilla concert was planned by the show since fall 2015, but was spoiled by reporters. Despite the hurdles, their appearance on the program was met with high praise, making their comeback a huge success. 5 of them have also signed with YG Entertainment and have since held a concert and released a new single accompanied by the "Re-Album" with their old hits remastered. Active members: Eun Ji Won (은지원): Leader/rapper/vocals