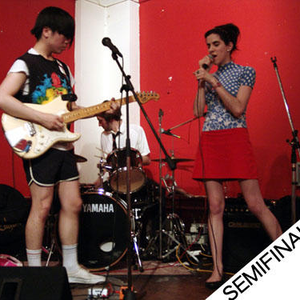 Semifinalists are Chris Steele-Nicholson and Ferry Gouw. "We came from different backgrounds, hopping seas and jobs and lives, doing shit, making shit happen, even before we met at a film school in London. Upon becoming friends things kicked into gear and projects were conjured up, films were shot, music was recorded, bands start and end in weekly cycles. When this creative dust settled Semifinalists emerged. It was with this ship that we decided to sail the emotional terrain. No more post-modernity, just fucking convction. No winks or nudges, just fucking doing it. We've worked so hard to make this the realest possible, we've given it everything we have, making it the best we know how. We've pushed things to the max! We've put our hearts on everything we've done because we care! We give a shit! Now we want you to come aboard and sail this with us. It's hard we know, because it takes so much conviction and belief on your part. But when you do, this can be as rewarding and real to you as it is for us. Semifinalists are punk as shit. Join us in making this happen." Read more on Last.fm. User-contributed text is available under the Creative Commons By-SA License; additional terms may apply.