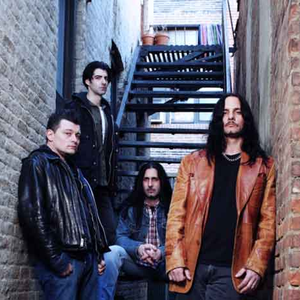 Seventh Void is a doom metal band composed of Type O Negative members Kenny Hickey and Johnny Kelly; Matt Brown of Uranium 235 and Supermassiv; and Hank Hell of Inhuman. Originally conceived in 2003 in Brooklyn, New York by Kenny and Johnny, the band's personnel was not solidified until 2005 and song writing began in earnest. The band's name is lifted from a line in Dante's Inferno. Their debut album, "Heaven Is Gone", was released in April 2009 in North America on Vinnie Paul's record label, Big Vin Records, and in November 2010 in Europe and the UK on Napalm Records. Read more on Last.fm. User-contributed text is available under the Creative Commons By-SA License; additional terms may apply.