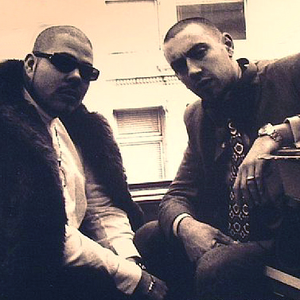 Sharpshooters were born back in 1993 on the streets of Seattle, Washington when DJ Sureshot and Mr. Supreme met simply through their reputations of having insane record collections. Two producers with a vast knowledge of Funk, Breaks & Beats, Hip-hop and Reggae soon joined forces to create a unique sound all their own, a combination of the Hip-hop and Jazz worlds which fused dusty breaks with live horns, guitar, and bass. This sound culminated on their debut release Choked Up and in 2003 they returned to the lab for the underrated Twice as Nice LP before going their separate ways. (taken from Ground Lift Magazine interview, "Mr. Supreme: King of Clubs" by DJ Verb) Read more on Last.fm. User-contributed text is available under the Creative Commons By-SA License; additional terms may apply.