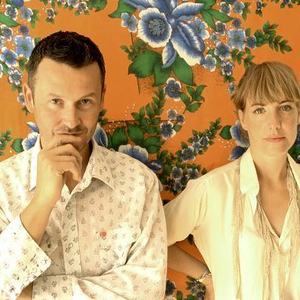 Shrift is a new collaboration between former Smoke City vocalist Nina Miranda and multi-texturalist/producer Dennis Wheatley. Their aptly titled debut release, Lost in a Moment, brings together beautiful acoustic and electronic soundscapes with Miranda's luminous vocals. Lost in a Moment is Shrift's first album but it is hardly a debut for the group's two members. Anglo-Brazilian Nina Miranda is a charter member of the celebrated group Smoke City and has recorded with such luminaries as Bebel Gilberto, Nitin Sawhney and Da Lata. Dennis Wheatley is best known for his work with the British electronic band Atlas. As Shrift, these two musicians have crafted a warm, elegant and atmospheric fusion of acoustic and electronic music to soothe your soul and stir your imagination. Visit their page on their label's website (Six Degrees). Read more on Last.fm. User-contributed text is available under the Creative Commons By-SA License; additional terms may apply.