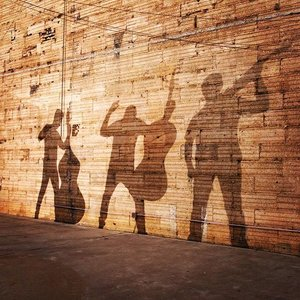 Simply Three is a bass/cello/violin trio that performs chamber music covers of popular music. Nicholas Villalobos, who plays bass, and Zack Clark, who plays cello, were childhood friends who wanted to form an ensemble together. Simply Three came together in 2010 when Clark and Villalobos got together with violinist Olivia Lemmelin. All three of them had attended Arizona State University, where they all earned Bachelor's degrees in music performance. This lineup can be seen together on the cover of their self-titled album, Simply Three. This lineup also recorded the soundtracks to the films Brahmin Bulls and Within. In 2013, Alex Weill replaced Lemmelin on violin. She can be seen with Clark and Villalobos on the cover to Demons and Counting Stars, among others. While in this lineup, Simply Three did a TEDx talk at La Sierra University. The current violinist is Glen McDaniel, who joined in 2014. Read more on Last.fm. User-contributed text is available under the Creative Commons By-SA License; additional terms may apply.