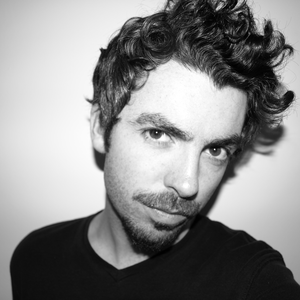 Snap Ant (b. James Morgan), is a musician / producer, based in Liverpool, UK. It has been said that a Snap Ant record sounds like it's borrowed two notes from every record ever made. If one listens to the clattering schizoid punk of You Make Me Basic next to the celestial synth pop of Saviour Piece, it's clear that Snap Ant is an avid explorer of outer sounds. Snap Ant's first release was under the moniker of Omnium on Ntone Records (Ninja Tune's offshoot electronica label). The skewed future funk went right over the heads of most bewildered critics but gained support from the Mo Wax/Warp/Ninja Tune beatheads in the late 90's. Going on to release several remixes and collaborations off the back of Omnium, Snap Ant began playing bass alongside Karl Webb and Pop Levi as Super Numeri. The trio signed to Ninja Tune and recruited several satellite musicians and honed in on psychedelic grooves reminiscent of Can's Krautrock and the Dark Magus album era Miles Davis. Snap Ant recently remixed/reversioned Coldcut and is now working on a new project called 'Bearfarm' as well as new material for his forthcoming album. Read more on Last.fm. User-contributed text is available under the Creative Commons By-SA License; additional terms may apply.