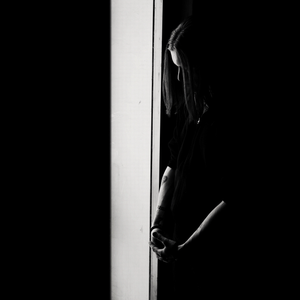 Stielas Storhett was formed in Murmansk in 2005 by the only member - Damien T.G. Having certain musical experience as a background (Unhallowed, later – Sect, Mor) Damien recorded the debut album straight in 2006. The same year "Vandrer..." was released by the German label Northern Silence (Amesoeurs, Valkyrja, Dusk etc.) as cd/digi. The release was heralded as Black Metal Record of the Year by Aquarius Records (USA) and was highly acclaimed in the press. The next year the album was reissued as mc by Belorussian Misanthropic Propaganda. 2007 was marked by work on the split album "Death Comes from the North", with the line-up of Stielas Storhett, Mor, Liholesie. That lengthy and conceptual album was released by Assault records (Old Wainds, Nav', Mor etc.) as cd/digi in 2008. In 2010 a mini-cd "SKD" comes out on the French label De Profundis Editions (Peste Noire, Valfunde). Later in 2010 Stielas Storhett made a deal with CODE 666, a legendary italian label, for recording and release of the second full-length album and EP a bit later. In the summer 2010 Damien T.G. will enter studio for record of the second Long Play under aegis of CODE 666 RECORDS. The new work, material for which prepared during 2008-2009 will carry the name "Expulsè". The album's got to become an adequate continuation of previous "SKD" mignon, expanding the style borders, withdrawing from the stamps of traditionally interpreted Black Metal into the fields of deeper emotional atmosphere, full of hate and desperation. Read more on Last.fm. User-contributed text is available under the Creative Commons By-SA License; additional terms may apply.