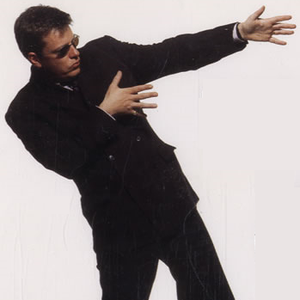 Born in 1961 to a heroin-addicted Jazz musician and a Soho nightclub hostess, Graham McPherson grew up with an absent father and a mother who battled against the stigma of single-motherhood. Like the boxer he coined his nickname from, Suggs' childhood was filled with fighting and violence. In the subterranean world of London's private members clubs and 60s gangster glamour, Suggs discovered a love for music and singing. Kicking around the streets of North London he met up with a group of like-minded teenagers and formed the band MADNESS. Inspired by the new Jamaican sounds, the seven members began to create a new mix of ska and exuberant pop, a fusion dubbed 'the nutty sound'. Their music hit a social and political chord, and after signing a one-off contract with Coventry-based record label 2-Tone, they issued 'The Prince' - a tribute to blue beat maestro Prince Buster whose song 'Madness' inspired the band's name. With Suggs as their charismatic frontman, their autobiographical lyrics and unforgettable beats became the soundtrack to a generation. From the nefarious streets of Soho to international acclaim - the nutty boy who did good - Suggs candidly recounts the London of his troubled childhood, his formative teenage years and the mad days that led to his writing of such classics as 'Embarrassment' and 'Baggy Trousers' Read more on Last.fm. User-contributed text is available under the Creative Commons By-SA License; additional terms may apply.